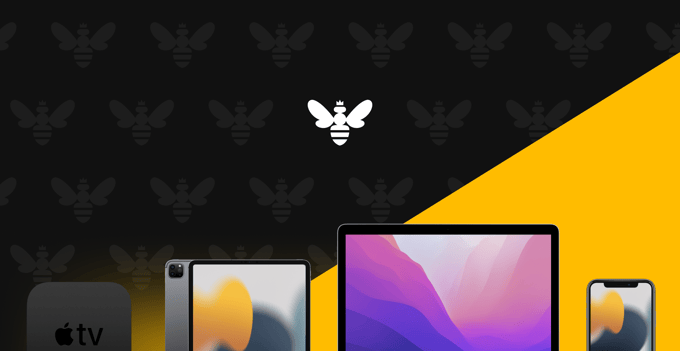 How Mac Admins Are Managing the Hybrid Workplace

Two years ago, IT departments all over the world got a crash course in managing remote workforces. Mac admins had to quickly figure out how to keep employees equipped, connected, and secure, regardless of where they were physically located.

Last year, many organizations that had made the switch to remote started to cautiously reopen, allowing (or, in some cases, requiring) workers to come into the office at least part of the time. That reopening waxed and waned through 2021, as conditions allowed. But in the meantime, a new kind of office evolved: the hybrid workplace, in which some employees worked remotely, some worked in the office, and many did a bit of both.

In the course of that evolution, what was once a temporary expedient became a new way of doing business—thanks in no small part to the adaptability of IT.

Last year we asked some readers of this blog to tell us how they were preparing for the then-new hybrid workplace. We thought now would be a good time to check in with them again, to see how they're managing this new norm.

Last year, most of the folks we talked to said their workforces were still almost entirely remote. Now the majority have gone hybrid. But even then there are many variations.

Some companies, such as Home Base, mandate some in-office time: CEO Michael Jorgensen says almost everyone is expected to come in two days a week, working the rest of the time from home. Perhaps 10 percent of the workforce there has received HR approval to be completely remote.

Other orgs leave the decision entirely up to the individual employee—most of whom, when given the choice, choose to stay remote at least part of the time. Admin Jean-Michel says that at the advertising firm he works for, “I’d estimate that 10 percent are completely remote, 5 percent completely in-office, and the rest are hybrid.”

Vida Health has a “remote-first” hybrid model. “We’ve retained our San Francisco HQ as a collaboration / co-working space,” writes IT Manager Lamar Wiggins: 95 percent of employees are fully remote, but there’s enough capacity in that one office for the remaining 5 percent to be onsite as needed a few days a week. Similarly, Topher Wheeler, director of corporate technology at Voice US, says his company maintains a small coworking space for its New York employees.

The embrace of hybrid is international: According to Satham Hussain Shahjahan, IT admin at PriceHubble (which provides real estate services in Europe and Japan), 50 percent of their employees are always remote; the rest follow some kind of hybrid schedule. As for his own choice of where to work, he admits, “I do not feel the need to be in any office.”

Upgrading the Office for Remote

The changes in where workers are have had a predictable impact on company real estate. Several respondents said their orgs have reduced or, in at least one case, completely eliminated their offices in the past two years. That said, a few have grown so much over the past two years that they’ve actually had to add offices—even as many of their employees continue to opt for remote work.

Those organizations that do have active physical offices have reconfigured those spaces. As we found last year, when the workforce is hybrid, office spaces need to be re-equipped for ubiquitous video conferencing. Lamar at Vida Health says, “We refreshed our A/V hardware to a post-2020 spec, simplifying the Zoom experience.”

As for office access, he says they’ve taken the opportunity to switch to a digital system based on Envoy instead of physical badging. One bonus of that upgrade: By improving access control for employees and visitors, he says the company has actually improved its security stance.

Several respondents said they’ve also made the switch to unassigned seating. Says Jean-Michel, “We transformed solo offices into conference rooms; no one in the office has an assigned place anymore. You just walk in with your laptop and connect it to the monitor. If you need private space, you can use one of the available rooms.”

Others have made no changes to their offices—because so few people were using them. “Mostly we have empty spaces in the office,” says Shahjahan. “Employees prefer to work from home most of the time.”

Sealing the Deal on Device Management

In some cases, survey respondents said, the move to hybrid work was the final straw in getting organizations to take the plunge into device management.

“It was a big change for us,” says Shahjahan. “When I joined six months ago, we did not even have Apple Business Manager. We had no visibility of our devices.” Now, he says, the company has signed up for Apple Business Manager and adopted device management and asset management solutions. Lamar at Vida Health says they’ve finally gone to fully zero-touch provisioning, with CDW their primary vendor.

Security was another big concern in the new hybrid world. For example, says Michael Jorgensen of Home Base, said his team began auditing employees’ home networks and enforcing the use of VPNs. (“Still a struggle for us.”) Other tactics cited by respondents: Requiring the use of local firewalls and FileVault and converting all users to standard accounts.

For Dakotah Jackson, corporate systems engineer at Stedi, the priority was ensuring that all remote endpoints are enrolled in the company device management solution (Kandji). To that end, his team created a zero-touch deployment program leveraging Apple Business Manager.

That done, he says, “We have Okta integrations to ensure that only our employees are using our endpoints. We also ensure those endpoints are compliant with our own internal policies governing things such as encryption, passwords, and patching.”

In an odd way, the move to hybrid has had an upside for the admins we spoke to: It forced them to reevaluate their existing systems and to focus on security in a way that benefits all their users—no matter where they work.

As a fully remote company ourselves, Kandji understands the challenges that hybrid workplaces pose to IT admins. With innovation and iteration at the core of everything we do, Kandji is constantly building solutions to give admins more of what they need.