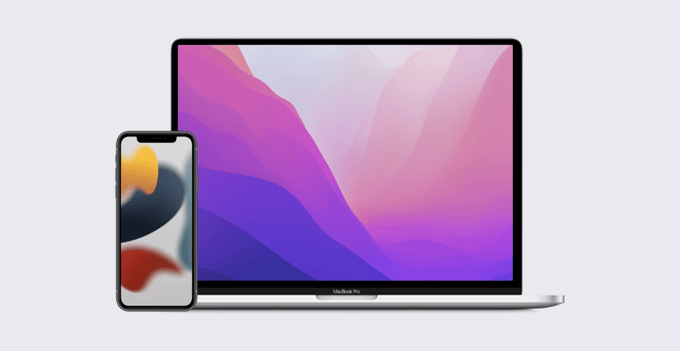 Apple and the Hybrid Workplace: A Perfect Fit

By now, you’ve no doubt heard a lot about the “hybrid workplace”: After a year-plus when many employees worked entirely at home, many are now filtering back to the office. In some cases, “hybrid” means a given worker spends some days working remotely, others in the office. In other cases, it means that some workers are 100 percent remote, and others are in the office all the time.

Regardless of the mix, this new hybrid workforce has serious ramifications for the IT admins who have to make sure everyone stays productive and secure wherever they are.

To get some insight into what this brave new workplace will mean to IT departments, Kandji commissioned a survey. Conducted by Dimensional Research, it asked more than 300 IT stakeholders around the world:

Here's what they told us.

Nearly three-quarters of the respondents said their companies have more than doubled the number of remote or hybrid workers in the past two years. Almost all of them—97 percent—think the hybrid workforce is here to stay. And every single one of them said that hybrid work benefits their companies in some way.

That’s not to say there aren’t drawbacks: Surveyees cited potential problems including looser team connections, the difficulty of evaluating productivity, and the risk that workers who are not self-directed will fall through the cracks.

As hybrid and remote work exploded in that same two-year time frame, so did Apple adoption in the enterprise. Seventy-six percent of respondents said employee use of Apple devices has increased in the last two years; use of Mac notebook computers, in particular, was up 63 percent. Additionally, more than half of respondents (53 percent) said that requests for Apple devices increased significantly more in the past two years than for other platforms.

We also asked these IT professionals how they felt about managing devices remotely, which has become necessary. Ninety-five percent of respondents said they find it challenging, especially troubleshooting, onboarding, and security. Not surprisingly, 84 percent of respondents said that ease of remote management is the most critical feature for any device that’s going to be used by hybrid or remote workers.

Almost half of the respondents (48 percent) said that Apple’s device platforms (macOS, iOS, and iPadOS) are definitely better for hybrid workers than Windows or Android. Manageability is a big part of that: 56 percent of IT leaders say their confidence in remotely managing Apple devices has increased over the past two years, compared to 37 percent who said the same about Windows devices.

Three-quarters of respondents agreed with the statement that, while Apple devices might be more expensive to buy up front, in the long term they’re less costly to support and maintain. A similar number think Apple does a better job of respecting corporate data on mobile devices than other suppliers. And even more (84 percent) believe Apple devices offer better security generally than devices from other vendors.

The bottom line: At the same time that remote and hybrid work has become the new normal, demand for Apple devices has increased dramatically. Couple that demand with the perception that Apple devices are easier to manage remotely, and you could argue that Apple is poised to become the platform of choice in the hybrid workplace.

To download a full copy of the report, visit kandji.io/hybrid.